Could you swap your medication for trainers?

GPs prescribing exercise and other non-clinical activities is on the rise. Health writer Peta Bee explores the benefits of this drug-free approach.

Visit your GP about an ailment and you may be surprised if the prescription he or she issues turns out to be for walking, golfing or swimming rather than cholesterol-lowering drugs or antidepressants. If back pain has been troubling you, the advice might be to join a gym or to take up tai chi. If you’re struggling with anxiety or low mood, a regular run could well be the recommended tonic. You may have heard of a ‘green prescription’.

Essentially a partnership between primary care and the Ministry of Health (MoH), green prescriptions help put what we know about the benefits of exercise into action at a public health level. Green prescriptions are a health professional’s referral to support for people needing to increase their physical activity. That support includes help with planning regular exercise and offering opportunities to meet and join other people in similar positions.

There’s so much to gain from being physically active, including:

The effect on lifespan

“You don’t have to join a gym, either. Start by walking more.” Ultimately, your reward is likely to be a longer and healthier life – studies repeatedly show your longevity spirals the more active you are.

Runners, cyclists and regular walkers have all been shown to live longer than couch potatoes. In a 2017 study, Danish researchers found, compared with a sedentary lifestyle, riding a bike four times a week extended life by 3.7 years and running by 3.2 years. The greatest gain came from playing tennis, which added 9.7 years to the average lifespan, possibly due to the social interaction.

Which activity could give you the boost you need? Our suggestions are intended as a guide and it’s important not to stop taking any prescribed medication without first consulting your doctor.

Leave the car at home and cycle to work if you want to prevent the onset of type 2 diabetes. That was the message from researchers at Imperial College London and University College London who, in 2018, examined data from a survey of 20,000 commuters across the UK and found those who walk to work are 40 per cent less likely to have diabetes than those who drive. Their findings, published in the journal Heart, also showed travelling to work by bike or on foot dramatically reduced the risk of developing cardiovascular problems or having a stroke.

“We know being physically active can help reduce your risk of type 2 diabetes,” says Robin Hewings, head of policy at Diabetes UK. “So an active commute to work is a great way to improve your health.” For those who have the time, also taking up golf could bring additional benefits. Andrew Murray, from the Physical Activity for Health research centre at The University of Edinburgh, says his research shows golfers live longer than the general population. They also enjoy ‘improvements in cholesterol levels, body composition, wellness, self-esteem and self-worth,’ Dr Murray says. His review of 5000 studies into golf and well-being show that playing the game can also help to offset the risk of up to 40 major chronic diseases, including diabetes and breast and colon cancers.

A 2013 study published in the journal Arteriosclerosis, Thrombosis and Vascular Biology suggests a brisk walk is as beneficial as a run for heart health. In trials involving 33,000 runners and nearly 16,000 walkers aged 18 to 80, researchers at the University of California’s Lawrence Berkeley National Laboratory reported both activities produced benefits but, if you walked fast and puffed hard, you could get the same cardiovascular benefit as going for a run.

Less vigorous activities, such as yoga, can also be beneficial. In a 2018 study published in the International Journal of Physiology, Indian researchers looked at the impact of yoga therapy on sedentary men aged 24-45 years. The 25 men who practised yoga for 12 weeks experienced lowered heart rates and systolic blood pressure along with increased heart rate variability (a positive result). In another 2018 Indian study, 50 women aged 18-20 years lowered their heart rates as well as both diastolic and systolic blood pressure after just eight weeks of yoga sessions three times a week.

Fight your back pain

In New Zealand, back pain is the leading cause of health loss for women and the second-leading cause for men.

A series of papers published in The Lancet in 2018 warned that most treatments for back pain are, at best, useless and, at worst, harmful, with pointless and expensive scans, drugs, surgery and injections being prescribed to relieve suffering.

Obesity and sedentary lifestyles may cause (and certainly don’t help) back pain, so it makes sense one of the most effective treatments is exercise, says Monash University professor Rachelle Buchbinder, the lead author of The Lancet series. Professor Buchbinder stresses ‘simple psychological and physical therapies that keep people active’ are among the few things that will help cure their back pain.

Physiotherapist Jack Chew says gentle activities, such as tai chi, have been shown to have a benefit, but people should not be afraid of doing more, unless their doctor advises against it. “Our spines are made to withstand all kinds of movement, and pain arises if your back is too poorly conditioned to do them,” Mr Chew says. “Exercises that involve shifting your own body weight, such as squats and lunges, are great and you can add weights as you get stronger. The crucial thing is that you are pushing, pulling and loading your body in different ways for maximum effect.”

Boost your brain health and memory

Walking is one activity most of us could do every day. It boosts mental and physical health, and countless studies have shown you can walk away a certain amount of stress and anxiety. Researchers at New Mexico Highlands University found the foot’s impact during walking sends pressure waves through the arteries that significantly increase the supply of blood to the brain.

Dancing can also help to futureproof your brain by improving its white matter – the connective tissue that breaks down as we age and leads to memory loss. A 2017 study published in the journal Frontiers in Human Neuroscience compared two groups of older adults over 18 months. One group took a weekly course learning dance routines, the other took part in a weekly endurance and flexibility programme (which included cycling and Nordic walking). All participants experienced an increase in the hippocampus area of the brain, which plays an important role in memory and learning, but the dancers also showed noticeable improvements in their balance.

Jonathan Leech, 38, is a father of three who served eight years in the Air Force and is now a senior facilities definition engineer. He was diagnosed with psoriatic arthritis (PSA) in 2010.

Two years of tests and operations left Mr Leech struggling to walk and temporarily unable to use his hands – even tying shoelaces was impossible at one stage. Then, two years ago, he suffered a panic attack that revealed the toll his condition was taking on his mental health.

“Driving to work one day, I suddenly felt hot, dizzy and disoriented. My heart was racing and I was soaking with sweat. I felt out of control and had to get off the motorway. I didn’t have a clue what was going on.”

These symptoms recurred with alarming frequency in the following weeks and Mr Leech went to see his GP. “He diagnosed anxiety and depression, as the result of my struggles with PSA, and prescribed antidepressants and referred me for counselling.”

Lengthy periods off work followed. Now, two years on, Mr Leech is regaining control of his life, with help from family, friends, colleagues and professionals – and regular exercise.

“A breakthrough was the discovery of the positive effects exercise had upon my mental health,” he says. “It started me on a journey with running, which has been my saviour.”

Mr Leech is now a parkrun director, club runner and involved with athletics clubs. “I still have good days and bad days with my mental health, but now I have the support network in place to help me deal with it,” he says.

Jess Robinson’s eight-year-old adopted son Sam* was born with foetal alcohol syndrome, making it difficult for him to take part in physical activity and channel his energy in a positive way.

“He finds it hard to socialise outside the home and we spend a lot of time struggling with his additional attachment disorder,” Ms Robinson says. “Even the school run presents its daily problems.” A turning point for Sam was a free local activity game that awarded points and prizes for exploring his area on foot or by bicycle.

“When it started in our area, my son became hooked. We were soon going out every evening to play the game,” Ms Robinson says. “Everything just fell into place – Sam was able to take part in an activity that he loved and even made friends in the process. We were walking around three kilometres a night and eventually I picked up my bike for the first time in 20 years.”

As well as helping Sam, the increased activity saw improvements in 40-year-old Ms Robinson’s own health.

“It can be challenging at times, looking after Sam, but seeing the positive effect the game had on him really improved my mood” she says. “Getting outside so regularly and exercising along the way did wonders for my well-being.”

* Names have been changed 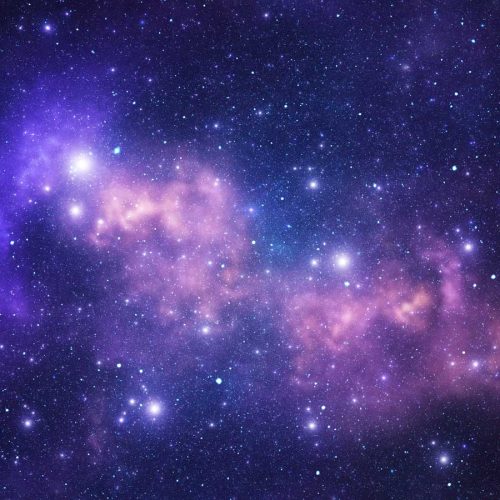 4 tricks from space to protect your back... 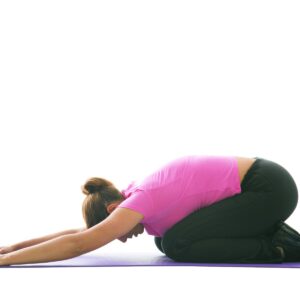 How to ease lower back pain