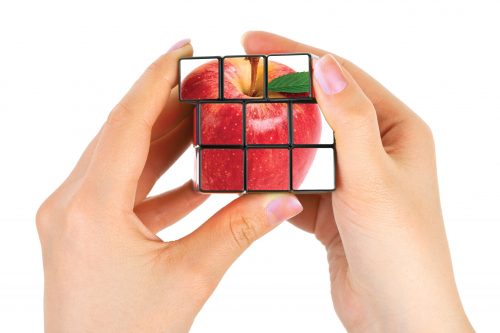 Do you envy those people with steel-trap memories who are as sharp as a tack despite their age? You can be that way, too, if you know what nutrients to feed your brain, says nutritionist Tracy Morris.

Most of us accept memory loss as an inevitable part of ageing. But in fact, for many of us, a large part of memory loss is caused by the brain having inadequate access to certain vitamins and minerals.

There has been plenty of research to suggest that iron may be vital to an effective memory. A 2007 study published in the American Journal of Clinical Nutrition found that women with sufficient iron levels could answer questions significantly faster, and answer correctly, than those who were iron deficient. The study also found that when the iron-deficient women were given 16 weeks of iron supplementation, their scores/mental performance increased seven-fold.

Iron is also crucial when it comes to producing the brain chemicals dopamine and noradrenalin, as well as carrying oxygen to brain tissue. Low levels of these chemicals can negatively affect concentration and memory.

Choline is an essential nutrient used to make neurotransmitters and, like iron, research shows it has a marked effect on memory.

In one study, healthy older adults (aged 50 to 80 years) who ate two tablespoons of cholinerich lecithin each day showed a marked improvement in memory. After just five weeks, memory lapses – like forgetting names and misplacing items – decreased by 48 per cent.

Found mainly in vegetables and fruit, folate has been identified as a major nutrient in warding off memory loss. A study published in the Journal of Biology and Psychiatry found that healthy older adults who scored poorly on recall tests were more likely to have low levels of folate in their blood. Not surprisingly, forgetfulness is a symptom of folate deficiency.

Your body uses fluid to transport nutrients to the brain. So even if you are eating the right nutrients, without enough water, they may not be reaching your brain. Studies show dehydration affects not just your memory, but your overall cognitive abilities.

The brain needs large amounts of glucose to function – 20 per cent of the body’s entire ‘energy budget’, in fact. Glucose is derived from carbohydrates, which is why eating a sufficient amount of carbohydrates has been linked to an improved ability to concentrate, remember and learn.

Unlike muscles, however, the brain cannot store glucose, which means it needs a constant supply for optimal functioning. Therefore, how often you eat can make a difference to the effectiveness of your memory.

Several studies – including a recent, large population study – have shown a link between eating more fish (and therefore, long-chain omega-3s) and a reduced risk of dementia.

A recent US-based study showed that following a Mediterranean-style diet was associated with a 38 per cent reduction in the risk of developing Alzheimer’s disease.

Homocysteine is an amino acid found naturally in the blood. Having too much, however, can increase the risk of Alzheimer’s disease and other dementia (not to mention heart disease and stroke). Folic acid and vitamins B6 and B12 help break down homocysteine and getting plenty of these in your diet can help reduce high levels of homocysteine and delay dementia.

It is thought that free radicals may contribute to brain cell death, leading to Alzheimer’s disease or other dementia. Studies have shown vitamins C and E, and beta carotene from food, could be protective.

As with adults, food can make a difference to a child’s memory, concentration levels and overall mental health. In fact, most brain growth is completed by five to six years of age, so make the most of those early years by feeding your kids all the nutrients listed in this article. Studies have also shown:

Can you improve your baby’s IQ?

Research does suggest that what you eat during pregnancy and breastfeeding can impact a baby’s brain development. Here are some key findings:

If you are considering becoming pregnant, currently pregnant or breastfeeding, consult with your health professional before taking supplements.

What they do and where to find them.

These foods can have a negative impact on your brain health, so don’t overdo them.

The bottom line on brains

What you eat really can make a big difference to your brain. Eat the right foods to keep the brain well oiled with healthy fats, well protected with antioxidants and well stocked with the nutrients it needs, and you will be on the road to being the sharpest tool in the shed.

Of course, as much as food can help or hinder efforts to stay brainy, don’t forget that other, non-food-related factors – such as how much sleep and exercise you get, how well you cope with stress and the strength and support of your relationships with friends and family – can have just as great an effect (or even greater) than your diet. If you are concerned about your mental health, the health of your brain or if you have questions related to Alzheimer’s, it’s important that you consult a qualified health professional.

Did you know? Choline is vital to an unborn baby’s brain development – so being pregnant, and breastfeeding, can cause a mother’s choline levels to become depleted. Scientists theorise that this is a possible explanation for the ‘baby brain’ effect.

Can curry keep you clever? The high consumption of curcumin, an Indian curry spice derived from turmeric and a potent antioxidant, is thought to contribute to the low prevalence of Alzheimer’s disease in India. 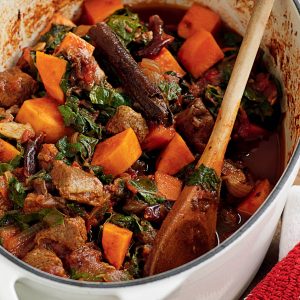 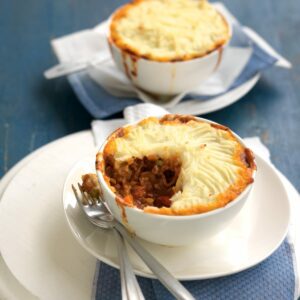