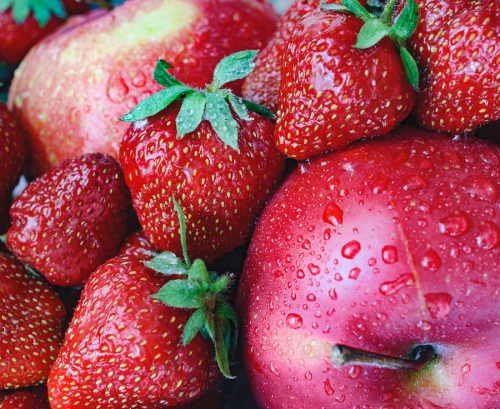 Individual nutrients are, of course, important, but if we view them in isolation we risk missing out on nature’s in-built health booster: food pairings. Nutritionist Amanda Ursell reveals the winning combinations

When certain foods are paired up their nutrients and plant chemicals interact to enhance each other and provide more nutrition bang for your buck.

The Mediterranean diet is perhaps one of the best examples of how well certain foods combine for our overall nutritional good.

Sardines, for example, give you an easily available form of iron for energy, but if you finish your meal with cheese, the vitamin D in the sardines will help your body absorb the calcium from the cheese.

Serve wholegrain bread with a tomato and onion salad and the insoluble fibres in the bread will assist with absorption of plant nutrients (such as quercetin, which helps reduce inflammation) from the onions, while olive oil in the dressing will help your body make use of the antioxidant lycopene in tomatoes.

Being aware of food pairing could help with a healthier diet. Check out our top combinations – plus some that can have the reverse effect, detracting from each other’s nutrition benefits.

Around 70 per cent of our phosphorus intake is absorbed by our small intestine, and vitamin D actively helps transport it across the lining of the gut and into our blood.

Phosphorus is found in every cell in the body, where it affects how we use energy from carbohydrates and fats, as well as helping our kidneys to work normally, our hearts to beat regularly, our muscles to contract and our nerves to send signals along their length.

The highest concentrations of phosphorus are found in bones and teeth, where it’s needed for growth and strength.

To reduce the risk of heart attack

Quercetin is a potent phytochemical with anti-oxidative and anti-inflammatory effects, which helps to dilate blood vessels. However, its absorption is generally poor and seems to vary widely among different people. The quercetin in onions, in particular, seems to be better absorbed when eaten as part of a meal and when some oil is included at the same time.

Once absorbed, it seems that other plant compounds called catechins, present in broad beans, green tea, black grapes and grape juice, join forces with quercetin to help stop blood platelets from clumping together. This could play a role in reducing the risk of heart attacks.

To protect against heart disease and macular degeneration

It’s not just beta-carotene in carrots (see far right) that benefits from pairing with a little fat. Adding an avocado, which is a good source of monounsaturated (and polyunsaturated) fats, to a salad of lettuce and spinach has been shown to help people increase their absorption of the antioxidant alpha-carotene by 8.3 times and lutein, a yellow pigment in spinach, by just over four times, compared with those who chomped through the salad leaves minus the avocado.

These antioxidant pigments appear to play a role in helping to protect our heart health, and our eyes from damaging sun rays.

Although vitamin B12 is only naturally found in significant amounts in animal-derived foods such as meat, fish and eggs, and folate is only present in cereals and other plant foods, each is crucial to the other in our bodies.

Folate needs B12 for its absorption, storage and metabolism, but they also act together on processes involved in cell division and replication. They’re vital, too, for metabolising homocysteine, which, like ‘bad’ LDL cholesterol, can damage blood vessel walls and lead to both heart attacks and strokes when levels are too high.

Studies show that the flavonoids in almond skins work together with vitamin E (also in almonds) plus the vitamin C in fruits such as satsumas.

This is because the combination helps prevent LDL cholesterol oxidising. Oxidised LDL isn’t good news because it can build up on artery walls, leading to blockages and, ultimately, stroke and heart attacks.

Laboratory studies have also revealed vitamin C and plant oestrogens in soya beans and wholegrains work together to stop LDL cholesterol oxidising, making a winner of a combo of bean casserole and broccoli with wholemeal bread on the side.

To reduce tiredness and boost concentration

Iron is essential for healthy blood and cognitive and immune function, among a host of other roles. The main contributor of iron in our diets is the non-haem variety (non-animal-derived) found in vegetables, cereals, nuts and seeds.

Although we can absorb 15–25 per cent of haem iron (found in animal sources such as meat and fish), only 2–25 per cent of non-haem iron is absorbed – and this is dependent on what else we eat and drink alongside it.

Tea and calcium-containing foods can, for example, block absorption. However, vitamin C can increase absorption by up to four times and may even reverse the blocking effects of tea and calcium.

Potentially to improve learning and memory

Scientists have discovered that all three are found together in regions of the brain linked to learning and memory, and that, when combined, some 80 per cent more nerve connections were made compared with DHA alone.

Researchers say that, combined, these could increase brain speed and learning in children and therefore be particularly useful for pregnant and breastfeeding women and growing children.

To increase UV protection for skin

We know that beta-carotene, the orange antioxidant pigment found in carrots, is ‘unlocked’ and made available to our bodies when mixed with some plant oils. How much you need on your salads and greens to optimise usage has, however, remained vague.

A small study in The American Journal of Clinical Nutrition has now revealed that starting at around 1tsp oil, then increasing amounts steadily, boosted the levels of beta-carotene absorbed, and was optimal at around 2tbsp. (If you’re on a diet plan, do take into account that this amount of oil is around 288kcal.)

The bottom line, however, is that you can feel reassured that a bit of full-fat salad dressing isn’t necessarily a bad thing!

The polyphenols in tea and calcium in the milk that you add to your cuppa work together to sabotage absorption of iron in wholemeal bread (the same goes for coffee and wholegrain cereals such as bran flakes). Why not have your tea first thing instead, then enjoy a refreshing cup of herbal tea or rooibos with breakfast?

The B vitamin folate found in dark green leafy vegetables (as well as pulses like black-eyed beans) risks being poorly absorbed if too much alcohol is drunk, because the latter directly interferes with the absorption of this vital vitamin.

Oysters are among the richest dietary sources of the trace mineral zinc and they’re also rich in copper (needed to produce melanin, the pigment in our skin that helps protect against UV radiation). Just six oysters provide us with five times more than our daily 7mg zinc needs and four times our 1.2mg copper requirements. The problem is, zinc bullies the copper found in nuts, seafood and offal, as it’s competing for the same absorption sites in the small intestine. While you may rarely eat oysters, this can be a problem if you’re having extra zinc in lozenges to fight a colds or if you take a zinc supplement in an attempt to boost immunity. Either could risk lowering copper levels in the body.

Spinach does contain the bone building mineral calcium, with an 80g portion of cooked baby spinach giving us 133mg or 17% of our daily 700mg target. But it also contains oxalates, which bind with calcium, making it poorly absorbed by our bodies and therefore not a reliable and usable source. Avoid pairing calcium-rich foods such as goat’s cheese with spinach in a salad, for example – and top up calcium from dairy foods or fortified dairy alternatives separately from the spinach-containing meal.

Glucosinolates are plant compounds in broccoli, brussels sprouts, cabbage and cauliflower that can prevent our bodies taking up iodine in seafood such as cod. A 150g serving of cod gives us 245mcg iodine (important for thyroid hormones), so it’s probably worth serving with other veg, at least some of the time.

The ultimate guide to starting your baby on...

Why being able to stand on one leg... 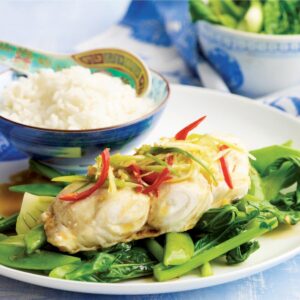 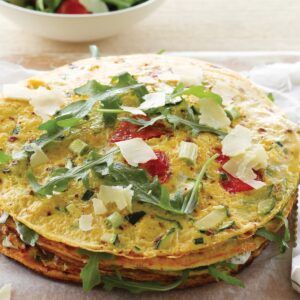 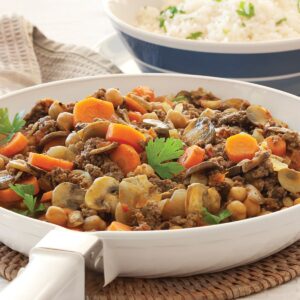