10 ways to retrain your brain for weight loss 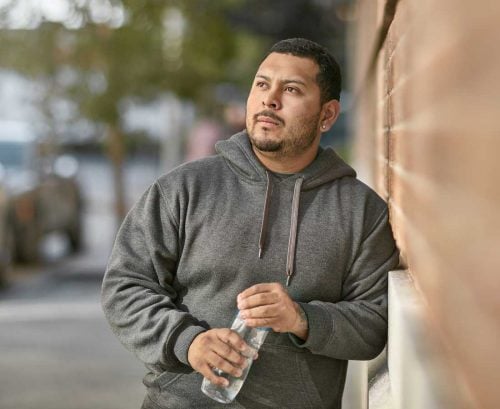 A new approach to weight loss puts your brain in the driver’s seat — and it works to beat food cravings too.

On paper, weight loss seems a pretty simple equation: if you eat fewer kilojoules than your body burns, then the scales will start to shift in the right direction. But, for those of us trying to lose unwanted weight it can be like an uphill battle we can’t seem to win.

Something about the weight-loss equation isn’t working. So, it’s time to hand over the reins to your grey matter: your brain. It turns out that what happens up there influences not only how easily people do — or don’t — lose weight, it can also affect how likely they are to gain unwanted weight.

Dr Linda Solbrig, who led a 2018 study that investigated how mental imagery can affect weight loss, found that people who used the imagery technique lost five times more weight than people who didn’t. This technique challenges the brain to come up with an image of what change might look or feel like, and how it could be maintained during challenging times.

“It’s fantastic that people lost significantly more weight on this intervention, because unlike most studies, it provided no diet or physical activity advice or education. People were completely free in their choices.

The stress link to weight and cravings

New research also shows that mental stress can have a big impact on our weight and suggests taking steps to manage stress can promote fat loss (if that’s what we want) — even without making any dietary changes. Stress dampens important activity in the area of the brain responsible for impulse control (hello cravings!).

Stress also pushes us to crave and seek out foods high in fat (saturated being the unhealthy kind), salt and sugar. That’s because these foods encourage the release of ‘happy hormones’ which then bind to receptors in our brains, reducing the damaging effect of stress hormones.

The brain’s response to chronic stress also affects where, and how much, fat gets stored — and makes it more likely to accumulate around the stomach. This is known as the ‘danger spot’ for health.

Taking steps to stress less, or utilising complex mental imagery techniques, aren’t the only ways to push your brain into weight-loss-friendly mode, if you want to lose weight.

A 2018 study proved the value of the ‘nudge theory’, confirming that making some simple but strategic tweaks helps your brain choose the healthier option — no willpower required. So, instead of trying to lose weight or fight sugar cravings by relying purely on self-control, you can use the following science-backed strategies that talk directly to your body’s boss — your brain.

10 ways to retrain your brain

There’s a reason you should never shop on an empty stomach. ‘Hungry shopping’ causes people to fill their trolleys with 31 per cent more high-kilojoule foods, one study has found.

Luckily, new research has also identified the best pre-shopping snack — an apple. eat one before you hit the supermarket and you will buy 25 per cent more fruit and vegies, because as a food with a healthy reputation, an apple encourages a healthy-food-buying frame of mind.

Research also shows you’ll eat twice as much of the food you’ve bought the most of — because volume equals better visibility in the fridge.

Brain hack #2 Think of yourself as a ‘healthy eater’

It’s a simple trick that makes it easier to stick to healthier food choices. That’s according to a US study, which found that when people trying to implement a dietary change like ‘eat more fruit’ created a new label for themselves — like ‘fruit eater’ — their eating behaviour followed suit.

The researchers say it’s purely psychological: the more you identify with a particular role, like ‘healthy eater’, the more likely you are to start participating in role-related behaviours, like eating healthily — without trying too hard!

Or, better still, set up a ‘food diary’ Instagram account and post meal pics. A 2017 study proved keeping a photographic food diary, particularly one that lets you view snaps of many meals next to each other, helps you keep your healthy eating goals on track.

It works whether the meal is healthy or not. Healthy snaps motivate, while the second variety work as a subliminal reminder to make a healthier choice at the next meal.

When those who had eaten walnuts were shown pictures of food while undergoing an MRI scan, their brains displayed different rates of activity when they were viewing highly ‘desirable’ foods like dessert, compared to foods like vegetables.

This suggests people were not only paying more attention to their food choices, they were also favouring the healthier options.

Brain hack #5 Eat with your ‘other’ hand

This means if you’re right-handed, use your left hand, and vice versa – particularly when you’re eating in a distraction-rich environment.

It works by disrupting eating habits, so your brain is forced to pay closer attention to what and how much you’re eating, rather than just letting you chew your way through food on autopilot.

When scientists put the theory to the test, people consumed a third less food when they switched hands.

Before you enjoy a food you love but don’t want to eat too much of — perhaps potato chips — spend a bit of time imagining yourself eating and getting through a big bag of them.

The results of a US study show you’ll eat and feel satisfied with considerably fewer chips when you open the bag for real.

Contrary to previous research, which suggested that thinking about something yummy just increases consumption of it, this study suggests you can trick your brain into thinking you’ve already had your fair share.

Brain hack #7  Tap away a craving

Can’t stop thinking about chocolate? set your phone timer to 30 seconds, then, using your index (or pointer) finger, tap your forehead until the alarm sounds.

It might sound a little strange, but research has shown it effectively zaps food cravings by distracting the brain.

Brain hack #8 Clench your muscles to say ‘no thanks’

Research indicates that when you tighten your muscles, whether it’s your calf muscles, your biceps or just clenching a fist, it subconsciously mobilises your willpower – perfect if you want to resist food cravings or to say no to seconds, minus the mental struggle.

The trick is employing the tactic at the exact moment you need it — it won’t top up your willpower ahead of time.

Do this whenever you’re serving yourself a meal. Food psychology scientists have proved the first food you put on your plate influences what you’ll take next — so if it’s a healthy choice, two-thirds of your plate will ultimately end up covered with healthy foods, without your willpower having to do any work.

Brain hack #10 Cut up your food before eating

When a meal or even a piece of cake is served in smaller, bite-size portions, you’ll feel less compelled to finish your plate — and you’ll also feel full for longer afterwards.

The US researchers behind the finding say it’s because a portion of food cut into multiple pieces looks larger, which tricks your brain into thinking you’ve consumed more than you have while you’re eating.

The ‘nudge theory’
The idea that small, subtle changes can positively influence behaviour and decision making — such as putting fruit and veg at eye-level in the fridge 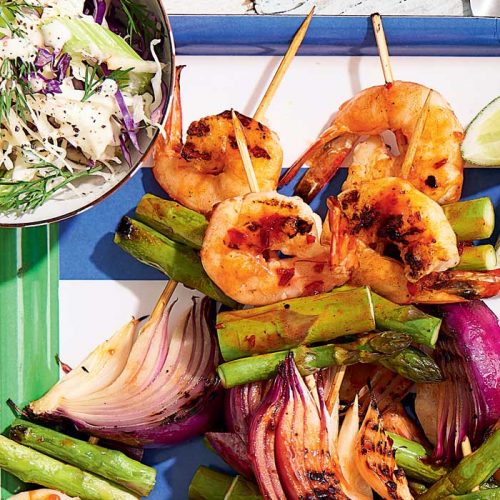 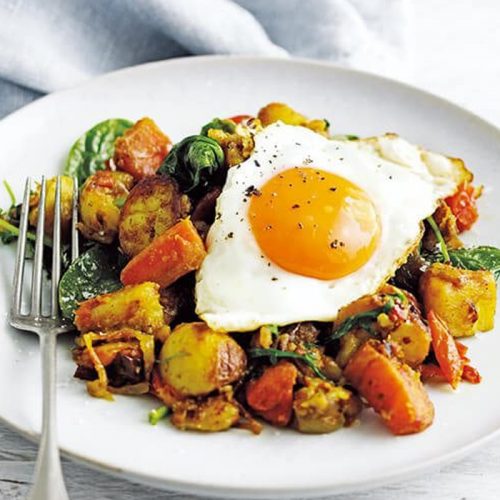 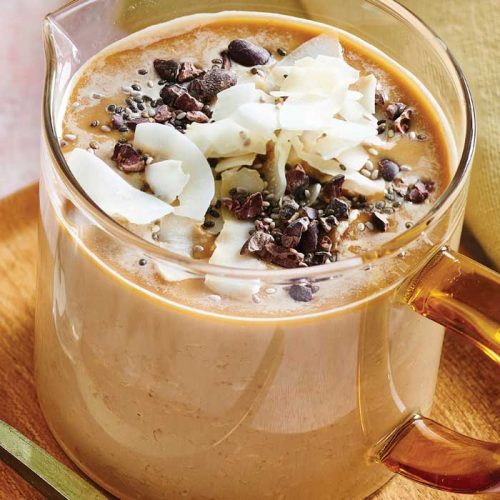